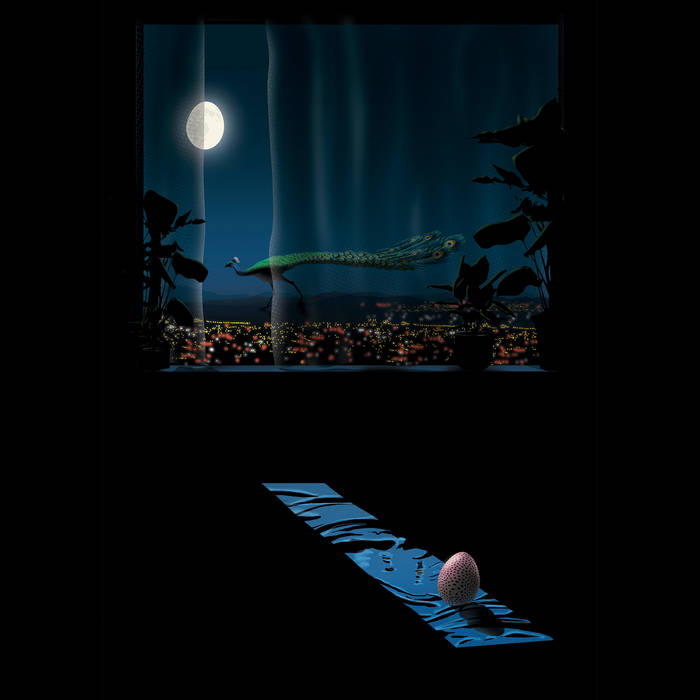 Lauren Doss is a British-American, audio-visual artist born in London.

Her first full length album, Voices, is the culmination of five-year journey where Doss has created music for the purpose of movement.

Aiming to capture the kinesthetic energy developed during dancing, Doss often finds this quality in the first take of a recording, or during improvisations that are difficult to replicate.

Doss says her recording technique was “akin to meditation”, with the use of both movement and voice simultaneously, centring on creating a “physical, and not cerebral” experience.

Voices was a set of experiments, which began as solely looped vocal improvisations, designed to dissolve any barrier between a studio and performance space.

Some songs have been left completely untouched from the original recordings, while others have been developed into more instrumental compositions while still retaining their improvised feel and emotional connection.

Recording sessions would take place everyday, with Doss able to hear her “mood and energy levels changing through instinctive harmonies and textures”.

Doss says the “direct vibration between your body, your emotion and your environment is very powerful and direct”.

Catharsis was felt through recording, with Doss reconnecting to musicality through movement as when she first started creating music, and a desire to return to dance as a way of generating music.

Inspirations for Voices include Emile Jaques Dalcroze’s Dalcroze Eurythmics, an educational philosophy was based on the body as the primary musical instrument, and Liz Fraser’s work with the Cocteau Twins, who creates a beautiful and otherworldly language while singing. Doss’ heroines are Meredith Monk and Laurie Anderson, who encourage her as a woman to keep pushing, keep challenging and use her voice.

Doss has previously collaborated with artists such as Bat For Lashes, Collectress, Luke Abbott and Rambert Dance Company.

All tracks written and produced by Lauren Doss
Mastering and Additional Production by Richard Pike
Cover by Elvis Barlow-Smith
The artist would like to thank Salmon Universe, Deep Learning, JQ,
Luke Abbott and Roxie Warder for their support
© Salmon Universe 2020

Bandcamp Daily  your guide to the world of Bandcamp

Benji B talks about his new compilation ‘Deviation Classics’